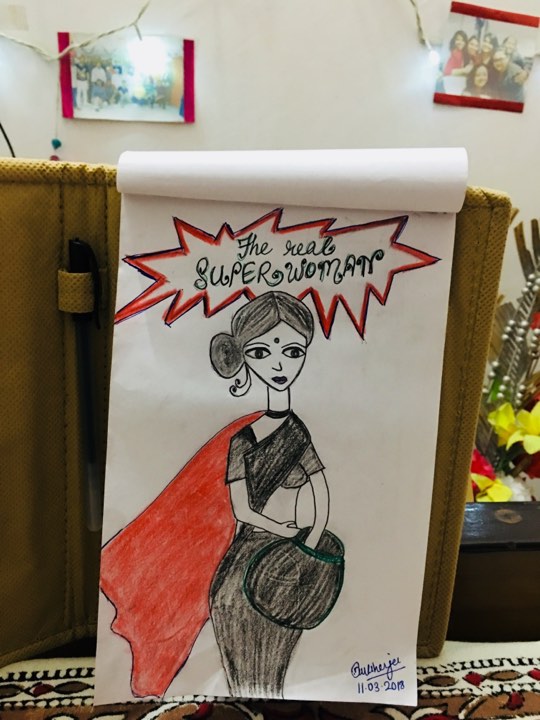 Summer means happy times and good sunshine. It means going to the beach, going to Disneyland, having fun.
– Brian Wilson

Unlike the above quote, Kolkata summers are hot, sticky and humid. There is nothing so happy about summers in this part of Eastern India. Every year the sun scorches boldy looking down at us and grinning broadly. Going to work is the only peace I get as the air conditioner is on full blast there. Earlier when I would come to India for a visit during my summer holidays, I remember summers being waiting for yummy, ripe and the sweetest mangoes that would be given as after lunch treats by my grandma. She used to sit all night for almost three months guarding her gardens mango tree as the notorious kids would come crawling to throw stones and flick a few mangoes to make various delicacies such as pickles or just eat them raw. Summers were having the entire family gather around in the balcony late in the evening, singing, dancing and having a merry time. I would always be so scared of the Phucka dada (golgappas as we call it in the North) who would come around door to door carrying a huge basket consisting of round, hollow puris, fried crisp and filled with a mixture of flavored water (pani), tamarind chutney, chili, chaat masala, potato, onion and chickpeas. He would light a candle in the side of it and keep wailing “ala phuchka” in a deep heavy voice. That scared me the most but, I would also hold my moms pallu and go every evening with my cousins to hog onto like millions of them. I would accompany my masi to pick my sister up from school. Outside the gate, a Kwality man would be standing luring us into his orange lollies. He had the best of those. A cute pug would always sit there loyally waiting for us to also give him a few licks. Life was simple back then and never did we for once feel the need of an air conditioner or a fridge to cool our summer thirst.

Environment is changing every minute now and it is a grave concern. The other day, the pump broke down at our place due to some construction work and we did not have access to water for almost half a day. It disrupted our entire household. From taking a shower, to cooking, to cleaning, all the household chores were at a standstill. That’s when it dawned upon me, since school days we are taught how to close our taps while brushing, or recycling water for cleaning purposes, etc. How much did we use it in our daily lives? Have we taken Earth for granted? Don’t we realise how we humans have destroyed all the natural resources and made an artificial space for ourselves? Our future generations would not enjoy any of these amenities that we so lavishly are using now.

Recently the news has been hovering around Cape Town, a drought stricken province of South Africa. This problem has been persisting since the year 2015. With dam levels predicted to decline to critically low levels, the city announced plans for “Day Zero“, when the municipal water supply will largely be shut off, potentially making Cape Town the first major city to run out of water. Through water saving measures and water supply augmentation, by March 2018 the City had reduced its daily water consumption by more than half to around 500 million litres per day, resulting in the initial prediction of Day Zero in April 2018 being pushed back to 2019. The situation however remains severe, particularly if the run of record dry winters continues through 2018. – (Source Wikipedia)

This is just one of the cities that are majorly affected along with the other soon to follow. In India, the farmers have been protesting, fighting, trying their best to get their rights since 2014.

Seven states account for 87.5% of total suicides in the farming sector in the country. The states are Maharashtra, Karnataka, Telangana, Madhya Pradesh, Chhattisgarh, Andhra Pradesh and Tamil Nadu 606. Scholars have cited various reasons for the same. Some such as; Surge in costs, climate change, labour costs, expensive agricultural equipments, heavy loans. Within all these reasons also lie the crisis of Interstate water disputes. There has always been a tiff between states to help each other out during such terrible times. The Kaveri dispute that Karnataka and Tamil Nadu faced is one such recent example. Also, the concentration of these suicides in the water-deficit regions of states like Maharashtra, Karnataka is a manifestation of how the water crisis and thereby failure to meet production demands have intensified the menace. This is particularly true in the backdrop of continued failed monsoons. – Source: ClearIAS.com So, what is it like for women who live in places where sufficient and safe water is not readily accessible?

First, collecting water takes time. Simply to get water for drinking, bathing, cooking and other household needs, millions of women and girls spend hours every day traveling to water sources, waiting in line and carrying heavy loads – often several times a day. In a study of 25 countries in sub-Saharan Africa, UNICEF estimated that women there spent 16 million hours collecting water each day.

When children or other family members get sick from consuming poor quality water, which can happen even if the water is initially clean when collected, women spend their time providing care. These responsibilities represent lost opportunities for women’s employment, education, leisure or sleep.

Collecting water also requires tremendous physical exertion. Water is heavy. The United Nations recommends 20-50 liters of water per person per day for drinking, cooking and washing. That amounts to hauling between 44 and 110 pounds of water daily for use by each household member. And in many places, water sources are far from homes. In Asia and Africa, women walk an average of 6 kilometers (3.7 miles) per daycollecting water. Carrying such loads over long distances can result in strained backs, shoulders and necks, and other injuries if women have to walk over uneven and steep terrain or on busy roads. The burden is even heavier for women who are pregnant or are also carrying small children.

Even when a household or village has access to a safe water source close to home, residents may not use it if they believe the water is inferior in some way. As one woman told my research team in India:

Tube well water quality is not good… water is saline. Cooking is not good due to this water. Not good for drinking either. People are getting water from that neighbouring village…. for cooking we get water from the river.

In this community, the neighboring village was at least a kilometer away.

Fetching water can be very dangerous for women and girls. They can face conflict at water points and the risk of physical or sexual assault. Many of these dangers also arise when women do not have access to safe, clean and private toilets or latrines for urinating, defecating and managing menstruation. – Source: The Conversation

These are just the fewest of recent incidents that have been affecting us majorly. Let us not be selfish, greedy and full of ourselves anymore. There is so much more we can contribute to this society to make it a better place for us and for the next gen to come.

2 thoughts on “Water; a luxury no more!”