Some visual graphic are not appropriate for children

So a few weeks back this major accident took place near the block I work. People living in India will very well be aware of the traffic situation here and how people literally do the Ninja walk to get around. And for those who have not yet visited here, I’d ask you to come down and be safe on the streets. First of all there are no traffic rules. I don’t even know if most of the drivers here have even discovered their INDICATORS yet. Lanes are imaginary on the streets of India and at every 5 seconds you’d be jumping out of your seats due to the major potholes which become a mini pool during rains. As compared to the population, public transport is scarce here. People are seen hanging out from buses, trains and metros. Its as if like their last ride of their life.

Coming back to the accident, this girl of about the age of 25 was travelling in a local bus around 9 in the morning. This is the peak time for the white collar workers all around the city. She got off her bus and in a hurry tried crossing the road from right in front of the bus. The bus could not have taken up that much speed but they collided and she was announced dead on the spot. Now, my interpretation is that she was most probably in a hurry to reach office and mindlessly took the fastest route which was not behind the bus but right in front of it. Buses in India are pretty big and tall. Obviously the driver has no idea if a human is passing right under its nose. After the accident people soon gathered around and the driver took his first chance to run away obviously as it’s a much better option to be later caught by the cops that being beat up black and blue by the angry Indian public. The body was gruesomely shattered. Only the head was covered as the remaining body parts were crushed and her guts spread around the roadside. It was a bloody disastrous scene. May her soul rest in peace and her family find all the strength to cope with this.

There’s one death in every 4 minutes in India due to road accidents. Over 1,37,000 people were killed in road accidents in 2013 alone, that is more than the number of people killed in all our wars put together. 16 children die on Indian roads daily. 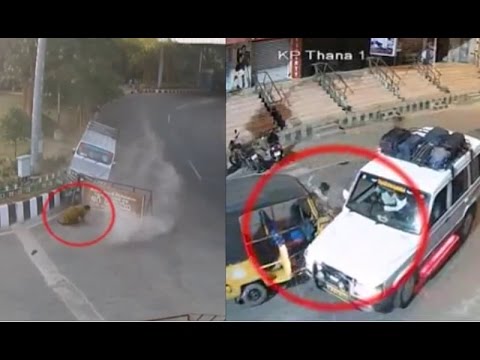 5 lives end on Delhi’s roads everyday. Drunken driving is one of the leading causes of road fatalities. 1,214 road crashes occur every day in India. One serious road accident in the country occurs every minute and 16 die on Indian roads every hour.

Two wheelers account for 25% of total road crash deaths. 20 children under the age of 14 die everyday due to road crashes in in the country. 377 people die every day, equivalent to a jumbo jet crashing every day.

All of this recently got me into thinking of this crazy concept of food delivery services who promise to deliver within 30 or 45 mins or the order is for free.Has anyone ever thought of what goes on in the mind of the delivery person? He everyday puts his life on the line only so that some really hopeless people can enjoy their Pizza or have a fun party with their guests?

Yes, I agree times have changed and every one of us are so lazy that we cannot get out of our houses to get anything anymore. Even condoms and cigarettes are available online nowadays. Who needs to put the efforts. But I think given the above statistics for road accidents, all companies should revert this policy of ‘On time delivery’. It is very natural that the delivery boy could be late due to traffic, rains, or any other reason. He should not have to get out everyday thinking that his job is at stake and earning just a few bucks is way more important than his LIFE. We need to take this situation up more seriously and be more understanding towards them rather than praying for the delivery man to be just maybe a minute late for his delivery. Back in college days, I used to see my friends changing the time of their clocks at home and their wristwatches just so that when he would arrive they could show them their time and agree on a free delivery. Thought they did not get away with it all the time. But who knows right, the man could lose his job for our idiocy.

Being on time is of course important and that also shows a trait in our personality. But I think scheduling our day in such a way so that we can get to places on time should be our priority rather than always being in a hurry!!

8 thoughts on “Time is NOT of the essence”